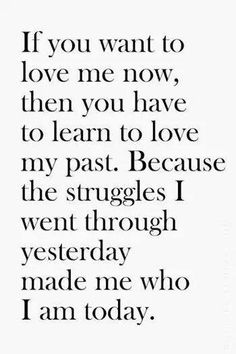 I received a comment / question from Jane Doe this morning which has inspired me to discuss this topic a bit further. So much of my passion around this blog is helping other people identify the abuse that they are living in and find the information and strength to get out.

Jane Doe indicated that she had been searching for “the past” as rationale for abuse and came across my blog. Here is the gist of her comment/question:

I just found your blog today and have been devouring all the posts one by one. I have a question. You mention that your Narcissist would get upset about your past. Can you elaborate on that? My husband (soon to be ex husband) started his physical violence based on his idea that my past was wrong and that I had “lied” to him about it and if he had known what a “terrible girl” I was in my past, he never would have married me etc. I’m still in the “it might have been my fault” phase. If you could elaborate, (either personally in an email or as a reply to this) on your thoughts about the past being a reason for abuse, it would mean the world and a half to me. Thank you in advance!

I have touched on this topic in my writing because it was a big theme with The Narcissist and his abuse, but here are the ways that The Narcissist used my past as rationale for abuse and a means to make me feel worthless.

When I first met The Narcissist he preached about being a good moral person. He bragged that he had only ever had sex with his high school girlfriend and one real relationship. He bragged that he had never tried any form of drugs and he had only ever been drunk once or twice. He told me endless stories about his life, his upbringing, and his decision making that made him appear to be a good, morally sound, and ethical person through and through.

I was 23 years old, and I had only known this person for a few weeks. I was in a little bit of a partying phase in my life. I drank regularly with my friends, I smoked pot occasionally, I had had a few sexual partners in the past but was really a relationship person and had several boyfriends of a few years each. I was not a bad person in any way, shape or form. I did what I think was a natural reaction for someone a bit immature and wasn’t completely forthright with all of the information. I shared the highlights but did not dive into all of the details. I learned a bit from his reactions to the information that I shared that he didn’t view things as good, and it made me feel insecure to tell him about them. At first, his story of his life actually inspired me a bit… it made me want to be a better person.I stopped going out, I stopped smoking pot, I drank very minimally… I changed my behavior because I was inspired to.

At some point before we were even married, The Narcissist hacked into my personal email account where he found some photos I had emailed to a girlfriend from a party a few months back. He also found the web link to my work email account within my personal email and hacked into that. He confronted me about the pictures, and also about some email exchanges that I had with a co-worker which he deemed “flirtatious” and “inappropriate.” Despite the fact that all of these things occurred before I ever even met him, The Narcissist accused me of being “someone that he didn’t know”, “someone that he couldn’t trust” and “a liar.” He began to subtly threaten me at that point that “I was not the girl he thought I was” and that “maybe we weren’t meant to be” (despite the fact that he had been drilling that into my head for the last several weeks.) This immediately threw me into a frenzy of panic. I felt like I was going to lose the best thing that I had ever experienced. I felt like I was not worthy of The Narcissist because I had done all of these “horrible” things in my past and he never did those things. I immediately felt like I had to prove to The Narcissist that I was worth his love and attention. These actions basically put me into a downward spiral that didn’t end for 8 years.

From that point on, The Narcissist became obsessed with knowing every single detail about my past, and he used my insecurities and my feelings of not being good enough for him to manipulate me. By that time he was deployed and we were managing a long-distance relationship. We spent hours and hours talking on the phone or video chatting through Skype. About 90% of what we talked about had to do with my past or about lying. The Narcissist would claim that all he cared about was the truth, that it was the single most valuable thing to him, and that the best gift I could give him was honesty. However, it became very clear that when I gave him a glimpse of honesty about something he didn’t like, he would react badly. One of the craziest examples I can recall of this was around the penis size of the guys I had been with in the past. At that point in time I had given him the exact numbers of partners I had been with before him (which was minimal) and my best estimate of the number of times I had had sex with each of them. Now, he wanted to know how his penis size compared to them. He literally wanted me to remember as precisely as possible how many inches in length and diameter each of them had been. I tried my best to give him numbers and sizes and compare them to objects that I could relate to the size… but seriously it was all guessing. There was one partner who had been significantly larger than the rest and larger than The Narcissist by far. When I expressed this as nicely as I could come up with The Narcissist flipped out. He told me that what I was describing was not possible, that the person had to be using a penis pump, and the worst part of it all… now he didn’t want to be with me any more because I had a stretched out vagina and he couldn’t continue having sex with me knowing that someone else had been deeper inside of me and stretched me out further than he could. The only way that I was able to get The Narcissist to “forgive me” on this topic was go visit a specialist and get information on Vaginal Rejuvenation… which was a bizarre and horrifying experience.

The topic of my past and the idea that I was a liar became a constant theme in the rest of our marriage. The crazy cycle went something like this…

When The Narcissist came home from his deployment and we were married and living together his focus on my past became the central reason and theme for his physical abuse. Everything would set him off (I think mainly from his PTSD) and it would all circle back to the fact that I was “a liar” “he couldn’t trust me” and that “he didn’t want to be with someone like me.” He would pin me down on the floor and ask me a question about something specific… I would answer him with the truth, and then he would slap me across the face over and over and over again until I gave him the answer he wanted to hear. We would be driving to do something fun and he would hear a song lyric that made him think of my past and he would start banging my head on the window because my past was so painful to him. We would watch a TV show together and seeing something on the show would make him think of my past and he would lock himself in the bedroom and make me sleep on the floor outside of the door.

Through this lengthy and exhausting process The Narcissist literally brainwashed me into believing that I was a bad person for the things that I had done in my past, that he was a good person because he had never done those things, that I didn’t deserve to have such a good person, and that I wasn’t worthy of his love. I literally spent 8 years trying to prove to The Narcissist that I was worthy by doing absolutely everything I could to be the best wife in the world… and none of it ever made a difference.

What I came to discover many years after I had married The Narcissist was that he lied about his past… pretty much in it’s entirety. The Narcissist was married when I met him… he lied about that. He did marry his high school sweetheart whom he lost his virginity to, but he cheated on her with 4 people that I was aware of ( and I bet that number is higher.) He was even sleeping with a girl in a different city a few weekends before I met him! He also slept with his wife several times after he met me (technically cheating on me I guess??) and there were several cases that I am aware of where he was lying to me about talking to his ex-wife while we were married, talking with other girls from his past while we married, etc. etc.

To the best of my ability… I think that The Narcissist was projecting his own shame and guilt for the decisions that he made in his past onto me. He found that he could use this method to control me… to constantly make me feel inferior, to constantly be the “better person,” to keep me in a constant state of panic and a constant state of vying for his approval and love and attention. It was a sick and twisted type of mind f*ckery that only a narcissist could conceive.

I am sure that there are a TON of stories I am forgetting on this topic because seriously it consumed my entire marriage… but as I think of more I promise to share.

I will say, one of the most healing aspects of spending time with someone new has been the ability to freely, openly and honestly share my past and not be shamed, accused, or tormented because of it.

Jane Doe, I hope this helps. ❤

13 thoughts on “The Narcissist Used my Past Against Me”